Dujiangyan Dam was constructed at the end of King Zhao of Qin’s reign during the Warring States period of China. It is a large-scale hydraulic engineering project and is also a famous world cultural heritage. Sichuan is known as “The Land of Abundance”. The climate is good, the plains are wide, and there is much fertile farmland. However, before Dujiangyan Dam was built, floods often occurred here. More than 2,200 years ago, a man named Li Bing led people to construct Dujiangyan Dam to protect the people. The Dujiangyan Dam project not only prevents flooding, but also develops agriculture and brings safety to ships. For over two thousand years, Dujiangyan Dam has been a guardian of the Sichuan people.
安澜桥是中国著名的古桥之一，它高高地立在岷江上，全长320米。 最初，安澜桥是用绳子和竹子建造的，几百年前被大火烧毁了。清朝时， 一对姓何的夫妇提议修建竹索桥，用木板做成桥面，两边安装扶手，这样 一来，两岸的行人就可以安全地过河了。人们为了纪念何氏夫妇，又把它 叫作“夫妻桥”。 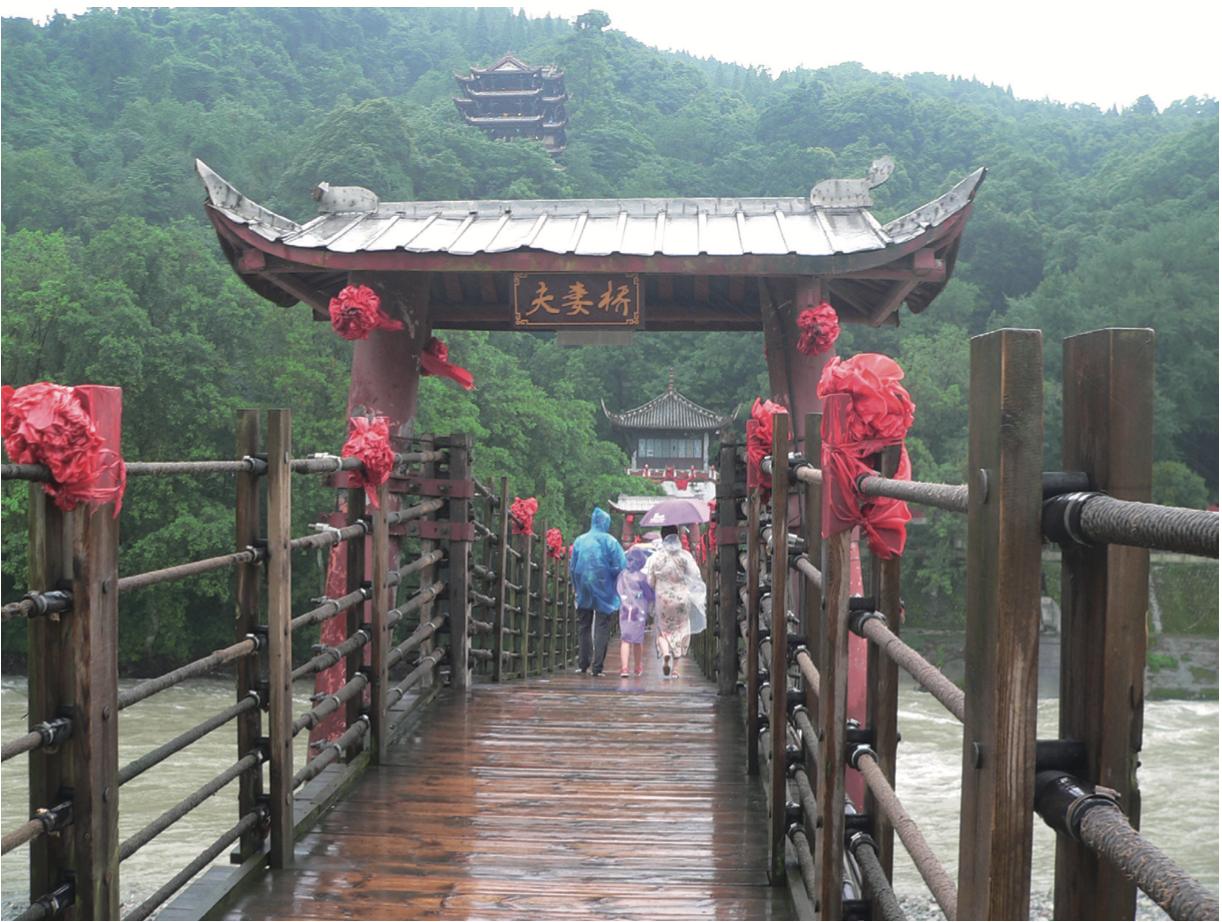 The Anlan Cable Bridge is one of the famous ancient bridges in China. It stands tall on the Min River and has a total length of 320 meters. Originally, the Anlan Cable Bridge was built with rope and bamboo, and it was destroyed by a fire once hundreds of years ago. During the Qing Dynasty, a couple surnamed He proposed to build a bamboo cable bridge, using wooden planks to make the bridge deck, and installing handrails on both sides. This way, pedestrians on both sides could cross the river safely. In order to commemorate the He couple, people also call it the “Couple Bridge”.
青城山是世界文化遗产，也是世界自然遗产。这里山峰环绕，树木茂 密，是四川人的避暑胜地。中国人常说“青城天下幽”，意思是说这里是 天下最幽深、最安静的地方。山里还有大大小小的洞窟，是传说中仙人们 的居所。置身于青城山中，好像站在中国古代的山水画里一样。 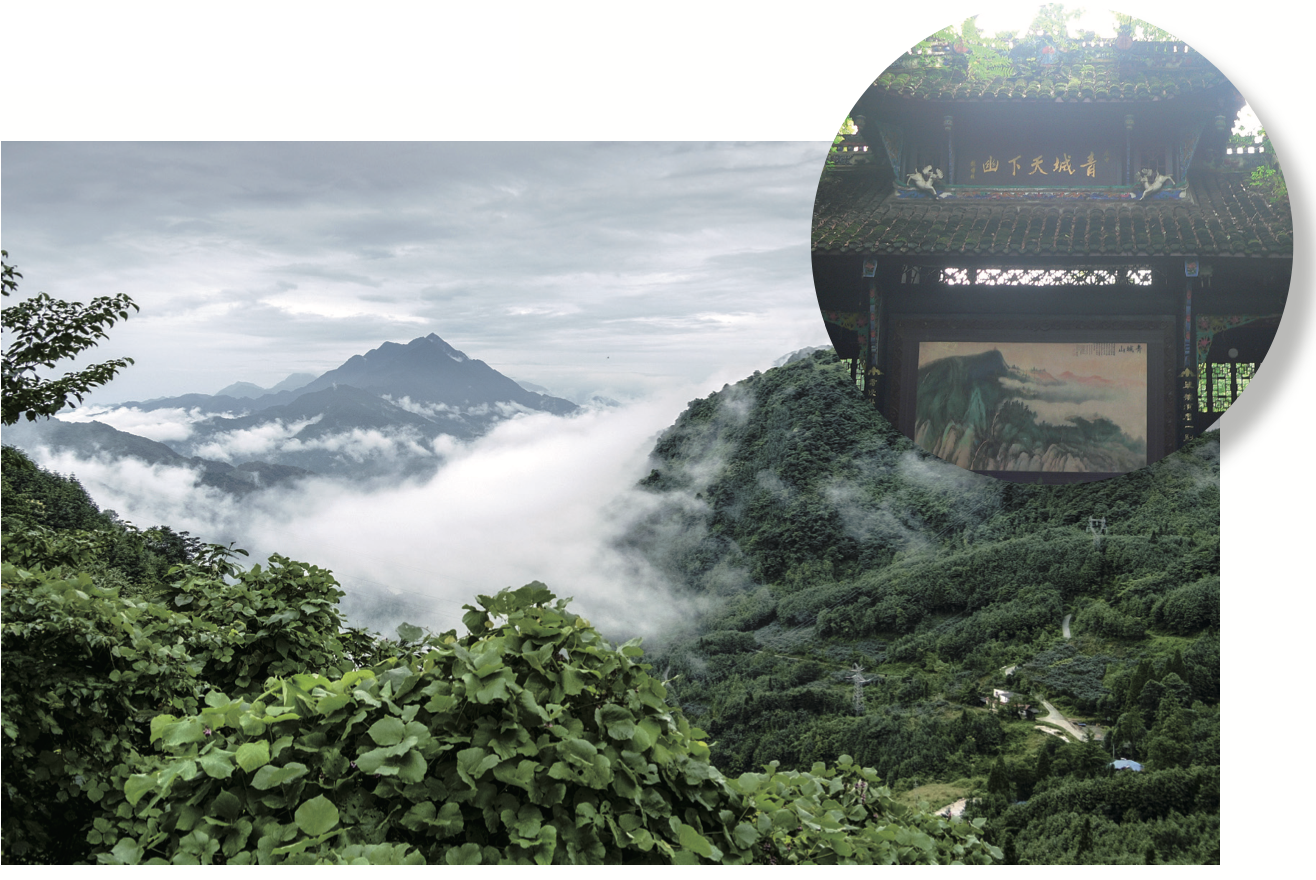 Mount Qingcheng is a World Cultural Heritage, and also a World Natural Heritage. Surrounded by mountains and densely wooded, it is a summer resort for Sichuan people. The Chinese often say that “Qingcheng is the most peaceful and secluded place under heaven”, which means that it is the most secluded and tranquil place in the world. There are caves of all sizes in the mountain, which are the residences of the immortals in legends. Standing on Mount Qingcheng, you will feel just like standing in the ancient Chinese landscape paintings.
in Culture
Giant Panda and Little Panda
大熊猫和小熊猫